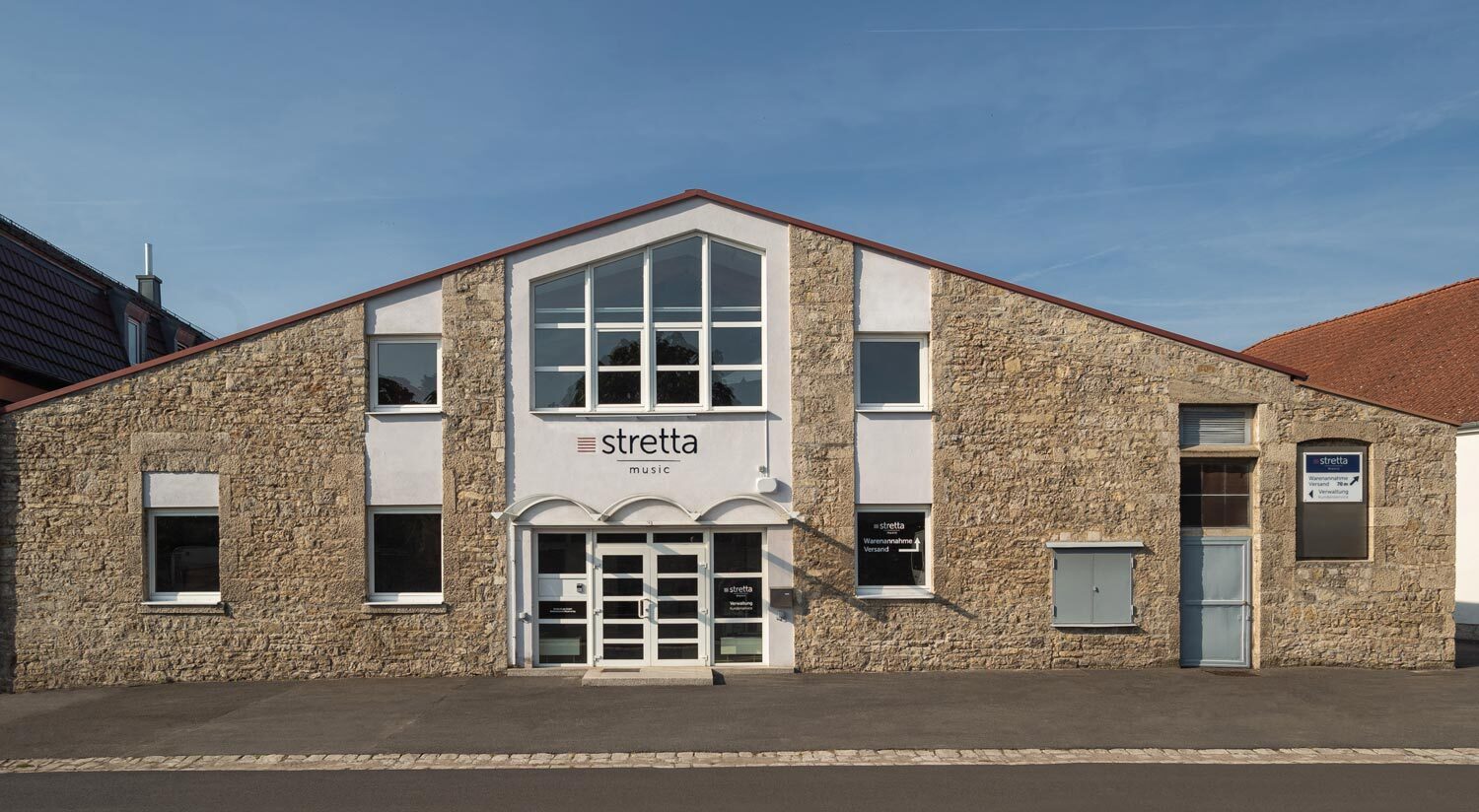 Company headquarters in Eibelstadt (near Würzburg)

How it all began

In 1996, the two conductors Johan van Slageren and Udo Wessiepe, former fellow students at the Cologne conservatoire, met again as conductor and chief repetitor at the City Theatre of Würzburg (Germany) and realized an extraordinary project: the world premiere of the opera Cublai, gran Khan dei Tatari by Antonio Salieri at the Mozart Festival Würzburg 1998 – almost 200 years after its creation. For this, however, the performance material first had to be created on the basis of the manuscript found in Vienna. The two young conductors took on this task themselves.

Further orders for sheet music editions followed and led to a desire for a professional framework: Stretta Music GmbH was founded in May 2001 – initially as a music publisher offering sheet music exclusively for download – and was thus a pioneer on the Internet.

In 2002, sheet music distribution started. Initially, a Würzburg garage served as a warehouse, but after several moves to larger premises, the company moved to its current headquarters in Eisingen in 2010.

In October 2018 a new website was launched – as a further milestone – with an updated, modern design, differentiated search functions and current reports on all topics in the field of music and sheet music.

What does “Stretta” mean?

In the counterpoint of the 17th and 18th centuries, the term "Stretta" stands for a narrowing, i.e. the dense succession of several voices.

Since the early 19th century, “Stretta” has also been used to describe the effective final section of a composition; this stylistic device is frequently used, especially in vocal numbers (e.g. opera arias), as the culmination point of the piece of music.

In the figurative sense “Stretta” stands for an acceleration of the musical context. This is why the name suits our company so well: in addition to personal, competent advice from professional musicians, the fastest possible delivery is our most important concern.

A total of around 800,000 articles are available in the shop. A big amount of sheet music editions, music books, CDs and accessories is always in stock and ready for immediate dispatch; if ordered by 5 p.m. (Saturday to 11 a.m.) the same day.

Our editorial team consists of active musicians and musicologists. They use their experience and knowledge to ensure that you find the best possible information on all articles in the shop, including sheet music examples and description texts. Sound examples are also available for many articles. If you still have any questions, the experts in the customer service team will be happy to advise you by telephone or answer your question by e-mail.

In addition to the printed sheet music, we continue to offer specially produced sheet music editions for download. In this section of the shop you will find a constantly growing, far-reaching repertoire that includes well-known and unknown classical works, arrangements and new pieces by various composers and arrangers for many instruments, ensembles and vocals. Over 6,000 titles are now available for immediate download.